Expropriation law, lithium mining, referendum law, and the corrupted state of violence have been the main topics lately in Serbia. Thousands of people protested in smaller and bigger places around the country on 27th of November. Violence in the cities of Novi Sad and Zrenjanin escalated, while those in Šabac were confronted not only by policemen’s batons but also sticks, baggers, and even attacked by hammers. The violent hooligans have been proclaimed as ,,citizens… who continued their journey to Belgrade…(for) celebration of the anniversary of the founding of the SNS (Serbian Progressive Party)’’ by pro-government media.

Activists of the Ne davimo Beograd movement, together with other ecological organisations from Serbia and the region, visited village Gornje Nedeljice and the locality where the lithium mine is planned to be built. They joined an action of peaceful blocking of the bridge in Šabac as part of nation-wide protest action to stop the aforementioned laws from being adopted. Suddenly, the police stepped back and disappeared, while from the black cars (later proven to be of Šabac city officials) a number of hooligans with baseball bats and hammers came out. They started beating activists and citizens.

Dobrica Veselinović from Ne davimo Beograd said: “What happened in Šabac today can be described as a coup d’état organised by the state itself. The entire operation of removing the blockade on the bridge was managed by the SNS politicians that sent their hooligans against the protesters. The police got an order to withdraw just before the hooligans started beating people up.”
See more footage: LINK.

The day after (on Sunday, 28th November) a big protest against state violence was organized by Ne davimo Beograd, The Action and Ecological Uprising. Thousands gathered in Belgrade requesting the release from prison of arrested citizens protesters. More blockades are announced for the upcoming Saturday.

What is the issue?

The government put into motion an expansion of the  expropriation law that widens the definition of the ,,state/common interest’’. This in essence gives the state a right to  seize homes and lands of people who do not want to sell their land, claiming the act is of a common interest. There is an intention to open a lithium (jadarit) mine in Western Serbia, that a third of Serbian population opposes. Rio Tinto, a multinational company that has been heavily lobbying for this law to pass, is to be contracted for the project. The company operated the Panguna mine that was the catalyst for a decade-long civil war on Bougainville and left enormous environmental damage that has been lasting for decades.

In Serbia, the mine would be built on ,,less than 400ha’’ and produce 54m tons of waste according to Rio Tinto. Environmentalists and citizens rightfully worry that the mining over the next 40 years, which the company claims is a minimum, would leave permanent consequences on the environment, especially land and water. So far, Rio Tinto managed to purchase 80% of the required land. 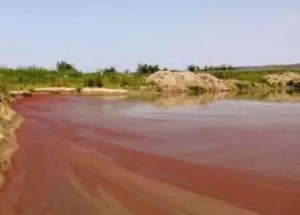 To create an illusion of democracy, the government stated that Rio Tinto will be permitted to build a mine only upon presenting a study of the environmental impact of the mine and a referendum. However, at the same time, the government is changing the referendum law to abolish the required referendum turnout for ensuring the validity of its results.

On top of the pandemic of disinformation and state propaganda, this is not the first time that the demands of people are met with systemic violence and state oppression. The violence, accompanied by public gaslighting and a majority in the parliament, became a normalised weapon in the hands of Aleksandar Vučić against those who call for social and environmental justice. And it has been escalating.

To win against environmental and social destruction, and stop state sponsored violence and brutality, we need your help – please spread the information among the local and international NGOs, politicians, and the media.