The EBRD’s Belgrade-based Director for the Western Balkans, Zsuzsanna Hargitai, has stated that it will take Serbia and other countries from the region nearly two centuries to reach EU levels of income. This has prompted us to wonder whether this period could be somewhat shorter were it not for the European Bank for Reconstruction and Development (EBRD) channelling funds into harmful projects. Examples include the construction of a waste incinerator in Vinča, the scandalously mismanaged reconstruction of the Slavija interchange – which instead of improving traffic flow has served mostly for the installation of a musical fountain – and the merely cosmetic refurbishment of four important thoroughfares that looks set to slow traffic in the city further still.

Don’t Let Belgrade D(r)own has already warned the Board of Directors of the EBRD about the nature of these projects at meetings that took place in Sarajevo from 7-9 May. We are, however, reiterating the fact that EBRD funds enable projects that not only fail to result in benefits for ordinary people but will have a detrimental effect on the budgets of both the City of Belgrade and Serbia as a whole.

At the Sarajevo meetings Don’t Let Belgrade D(r)own representative, Dobrica Veselinović, highlighted serious problems regarding the Vinča landfill public-private initiative signed by the City of Belgrade in 2017 with the Suez-Itochu consortium. The consortium plans to build a waste incineration facility in Vinča that will cost the people of Belgrade at least 40 million euros a year and will also be the cause of significant air pollution. The EBRD Directors were also warned about problems with the appeal mechanism initiated by Don’t Let Belgrade D(r)own regarding the reconstruction of the Slavija interchange. Finally, the initiative was also able to call the Directors’ attention to problems with the so-called “Green Boulevard”, the reconstruction of four connected streets, that will breach all of the principles of sustainable traffic.

In cooperation with partner network, BankWatch CEE, Don’t Let Belgrade D(r)own will continue to monitor all City of Belgrade projects financed by the EBRD and will continue to highlight the harmful results of their implementation. 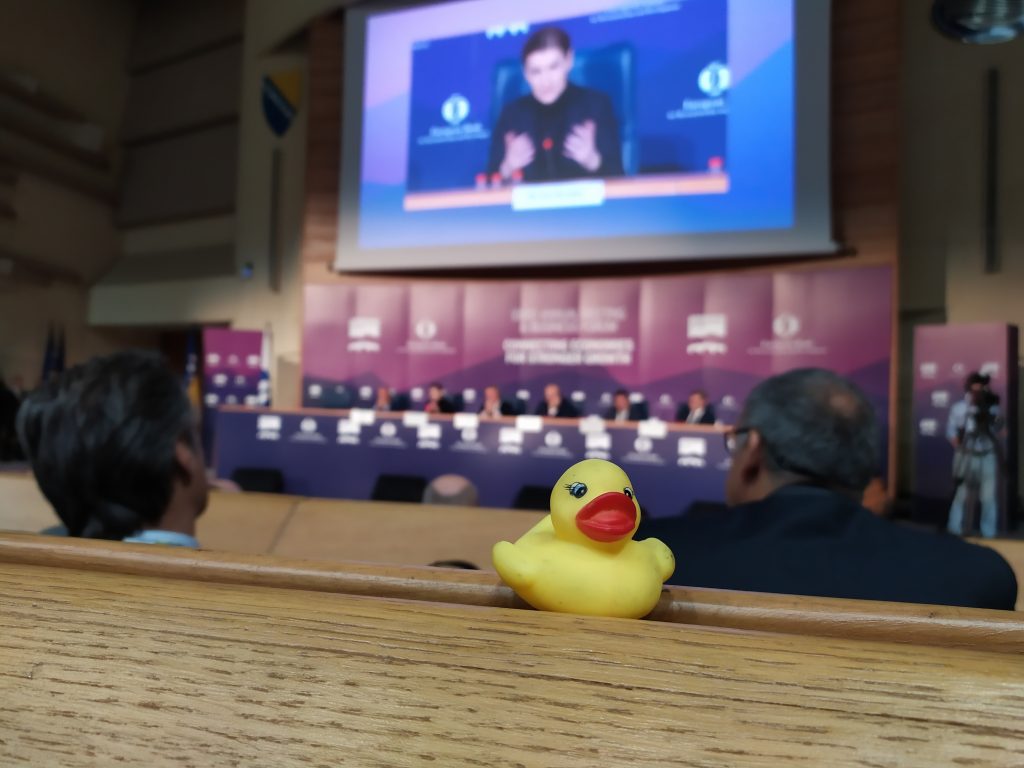